The Boy Who Cried Naked 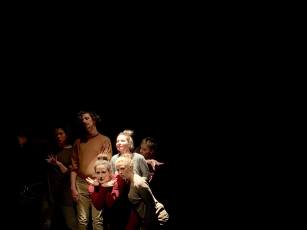 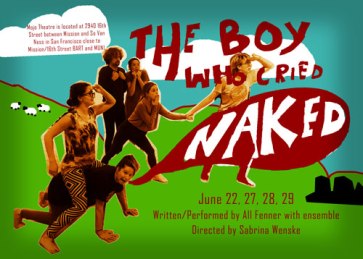 The postcard for the show that never got produced 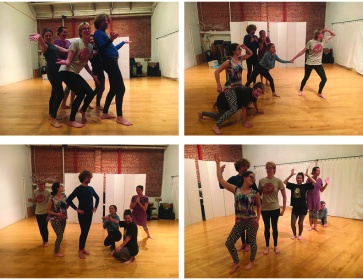 I think if I wanted to (and I might add to this later) I would write a lot about working with an ensemble on a devised theatre project. The emotions of working with people, new friends and old, and the alignment of our interests and talents.

It was good timing for me personally because I had exited a collective that wasn’t feeling quite like a team and that gave me a lot to chew on about my expectations and responsibilities as a member of a group to communicate better.

Fenner who held the script and created and executed the leadership role has been a friend for a few years and it has been great to be a part of this work that really shows their strengths as an eccentric innovator of post-modern theatre.

It was interesting thinking about initially how I wanted to bring so much of what I do into the show, but a bit of that got cut. I enjoyed the feeling of having less responsibility than I usually do in productions. (I’m usually solo or in a capacity where I am making a lot of decisions about the content).

I would add more about the content of the show, but I imagine that there are a few runs in it left and I don’t want to spoil it for you!

I would do it all again. I felt very supported and we did a lot of improv in our initial devising process which is one of my old dreams. Ever since watching Whose Line is it Anyway on TV in middle school, I felt myself get pulled to the stage.

I kept thinking that past Kat, if she traveled to me working on this show, she would be like yeah “I always knew I would be this cool.”